Art and Culture of Omkareshwar

One of the holiest Indian cities – Omkareshwar in Madhya Pradesh is located on the confluence of rivers Narmada and Kaveri and is home to one of the twelve Jyothilingas of Lord Shiva. The shape of this tranquil island resembles that of ‘Om’, one of the holiest Hindu symbols. Known for its serene splendour, breath-taking beauty, holy shrines and splendid ghats, this city is rightly called ‘Mini Varanasi’. Largely unperturbed by the influence of Western culture, this quiet and peaceful island still holds its ancient Indian cultural traditions intact, leaving the visitors, mesmerised by its beauty and divine glory.

Religion and Languages in Omkareshwar 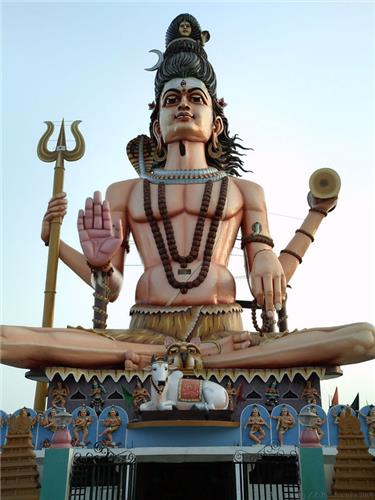 Being a popular pilgrim centre in Madhya Pradesh, Omkareshwar is home to numerous Hindu shrines. Majority of the people living here are Hindus. There are people belonging to other religions and castes as well, who have made this city their homes. Thus, people belonging to different castes and religions live together in this city in peace and harmony with each other.Being a religious pilgrim centre, Hindi is one of the most widely spoken languages among the residents as well as the tourists and devotees visiting Omkareshwar. Hindi is widely used for official purposes, recruitment as well as various government related works. Due to increase in the number of tourists from India as well as from abroad, over the recent years, English too has become one of the widely spoken and understood languages in Omkareshwar.

Costumes and Handicrafts in Omkareshwar

The traditional costumes of the women here include sarees. Sarees of different bright colours are worn by women on a regular basis. During festivals, women wear beautiful sarees and adorn themselves with matching jewels and accessories. The traditional attire of the men in Omkareshwar include dhotis and shirt. However, the impact of increasing Westernization and influx of tourists can be seen on the dressing style and habits of the people here. While women, especially those belonging to the younger generations have started opting for salwar kameez, jeans, skirts and other Western wear, shirts, trousers, jeans and t-shirts are gaining popularity among the men here. There are road side shops selling variety of exquisite handicrafts, souvenirs and other gift items. Beside, you also come across shops selling a variety of puja paraphernalia and trinkets. Religious items including deities and idols, religious books, small Shiva lingas in wood, stone as well as marble are popular and in great demand among the tourists visiting this place.

Being an important holy pilgrim centre, numerous festivals are celebrated in a grand and pompous manner here. The entire city comes alive and wears a festive look during these celebrations. These festivals are a manifestation of the rich ancient culture and traditions of our country. The Kartik Festival and the accompanying Fair attracts thousands of visitors from all over the country. ‘Panchkroshi Yatra’ is an important feature of this grand 10 day festival. Mahashivratri is another important festival celebrated here in an enthusiastic manner, during which devotees throng to the temples here and keep fast, meditate, offer sweets and perform various other rituals to please their favourite deity, Lord Shiva. Apart from these, Narmada Jayanthi, Bhutni Amavasya, Ganesh Chaturthi, Holi, Diwali and other festivals are celebrated here in a joyous manner, with the active participation of people belonging to all sections of the society.